Vandana Shiva Describes Earth Design in the University of the Seed in a Yes! Magazine Video Interview

In the January Yes! Magazine video interview "Vandana Shiva: Teachers for a Living World," Madhu Suri Prakash offers engaging questions and Dr. Vandana Shiva offers examples of how Bija Vidyapeeth (The University of the Seed) focuses on the earth, seeds, and grain as inspirations for sustainability education design.


Dr. Shiva demonstrates that by setting the school within a biodiversity reserve and embedding the learning in living communities, the learning honors the Earth as a sacred community and connects with Gaia as a universal consciousness.  "Teaching composting, all the forgotten foods and disappeared knowledges ... that are living around us" strengthens learning by embedding it in living and dynamic examples, surfacing the amazing traditions and knowledge of the place. 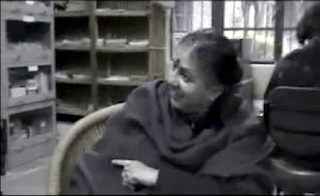 She explains that the naming of the school was birthed from the name of the movement. In a field farmed continuously in older techniques, a peasant explained that the nine seeds grown there reflected the cosmic/universal balance -- the nine planets (related to each crop) -- and the health-giving, balanced nutrition of the contexted nine plants that grow from them- surfacing from folk traditions the connection between biodiversity, cosmology, and health. She wanted to avoid genetic reductionism of referring to seeds as "genetic resources," which is impossible to convey in indigenous dialects.


Referring to the content that includes Gandhian principles she finds more relevant than ever in an epoch of accelerated globalization, she says "the seed became the spinning wheel for our times."


Dr. Shiva has now been invited by the country of Bhutan to extend their orientation around the longer term metric of "Gross National Happiness" instead of GDP (gross national product) to move to exclusive organic agriculture practices. Highly recommended interview...

http://www.nationofchange.org/vandana-shiva-teachers-living-world-1327770383
Posted by Earth Regenerative at 10:02 PM No comments: